This was a new historical fiction audio book in my local library, so I snatched it up. 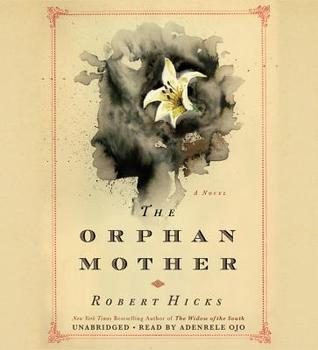 Blurb: In the years following the Civil War, Mariah Reddick, former slave to Carrie McGavock–the “Widow of the South”–has quietly built a new life for herself as a midwife to the women of Franklin, Tennessee. But when her ambitious, politically minded grown son, Theopolis, is murdered, Mariah–no stranger to loss–finds her world once more breaking apart. How could this happen? Who wanted him dead?
Mariah’s journey to uncover the truth leads her to unexpected people–including George Tole, a recent arrival to town, fleeing a difficult past of his own–and forces her to confront the truths of her own past. Brimming with the vivid prose and historical research that has won Robert Hicks recognition as a “master storyteller.”

What I liked: I liked the idea of the book. I was looking forward to leaning about how Mariah Reddick acquired her fortune – the setup in the first chapter of the book. For a woman born into slavery, it is an intriguing question.

What I didn’t like: Sorry to say, Mr. Hicks but most of what came after that first chapter. I don’t know if this fictional story is based off a true story or a fictional story set in a historic post-civil war background. I think Hicks portrays the times and the people (white and black) well, but not so that I care much about any of them. I try to want to find out about Mariah and Mr. Tole’s story, but it is so slow and so poorly edited, that I can’t get past disc 4. I tried, I really did. It just seems like Hicks tried to weave a much smaller story, much larger and the suit doesn’t fit. Adenrele Ojo’s voice as narrator works well, but it’s a bit sing-songie too much of the time for my taste.