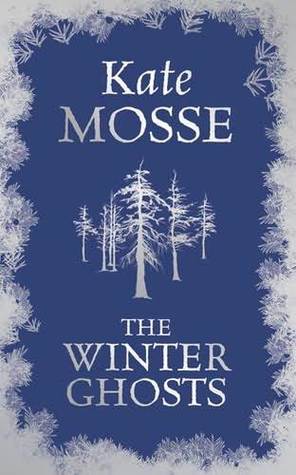 Blurb: In the winter of 1928, still seeking some kind of resolution to the horrors of World War I, Freddie is traveling through the beautiful but forbidding French Pyrenees. During a snowstorm, his car spins off the mountain road. Dazed, he stumbles through the woods, emerging in a tiny village, where he finds an inn to wait out the blizzard. There he meets Fabrissa, a lovely young woman also mourning a lost generation.
Over the course of one night, Fabrissa and Freddie share their stories. By the time dawn breaks, Freddie will have unearthed a tragic, centuries-old mystery, and discovered his own role in the life of this remote town.

What I liked: After you get into it a bit, it’s an interesting story about love and loss. I like how Mosse makes the seemingly unbelieveable, believeable (Freddie joining a feast and meeting a woman he shouldn’t be able to meet. – I won’t give it away by giving any details). I also like the how the letter in the beginning ties the story together.  Julian Rhind-Tutt’s narration is spot on for the women and the men. I forgot I was listening to a narrator and thought I was listening to the character’s themselves!

What I didn’t like: The beginning is too long. Mosse draws out Freddie’s loss (his brother in WWI) and his breakdown for too long. We get the point, move on already. I think it’s convenient how some of the characters don’t answer questions given to them by Freddie that would help him understand what’s happening or Freddie doesn’t keep asking questions until he understands what’s going on, but the story wouldn’t work if those things happened so I tried to let those things slide. It didn’t take away from the story enough to hinder my enjoyment.