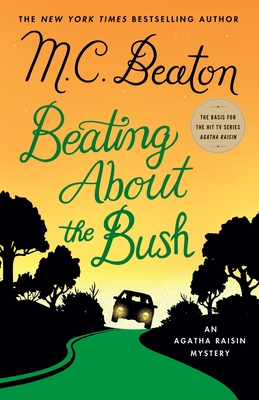 Since I can’t get into my local library yet to pick out audio books, I saw this one and thought it might be a light, cozy mystery. I don’t know about you but I don’t want to “read” anything too serious right now. I had seen one Agatha Raisin BBC program and wasn’t that impressed by it, but I thought I’d give one of the books a go.

Stats: The audio was produced in 2019, same year as the print edition. The print is 236 pages. I didn’t pay attention to the length of the audio book – sorry. Narrated by Penelope Kieth.

Blurb: When private detective Agatha Raisin comes across a severed leg in a roadside hedge, it looks like she is about to become involved in a particularly gruesome murder. Looks, however, can be deceiving, as Agatha discovers when she is employed to investigate a case of industrial espionage at a factory where nothing is quite what it seems.

The factory mystery soon turns to murder and a bad-tempered donkey turns Agatha into a national celebrity, before bringing her ridicule and shame. To add to her woes, Agatha finds herself grappling with growing feelings for her friend and occasional lover, Sir Charles Fraith. Then, as a possible solution to the factory murder unfolds, her own life is thrown into deadly peril. Will Agatha get her man at last? Or will the killer get her first?

What I liked: There were some funny bits, and I liked the donkey.

What I didn’t like: I wasn’t pulled into the story and didn’t really care for the two main characters, especially Agatha Raisin. Her personality grated on me and I don’t know why her sidekick stayed with her and took her verbal abuse (even if it was meant to be helpful.) So it was hard to care about how the story ended up. The body didn’t show up for quite a while into the story and I had a hard time keeping the bad guys straight. I’ll be staying away from Agatha Raisin. The narration was okay, but also not my favorite.